Africa’s population is rapidly growing: from an estimated 140 million in 1900 to one billion in 2010, it is expected to hit four billion by 2100—or a third of all people on earth.

And the impact of these fast-rising numbers is already showing, says the Mo Ibrahim Foundation in a new study. The Ibrahim Index, which ranks African countries on a broad spectrum of indicators including rule of law, safety economic, political and human rights, says governments are falling short in improving the business environment to employ their growing, and mostly young, populations.

The study notes that almost half of Africa’s citizens (43.2%) live in a country where sustainable economic opportunities have declined in the last decade. And even as political governance, human rights, and economies gradually improve, that hasn’t translated into much prosperity for younger people. 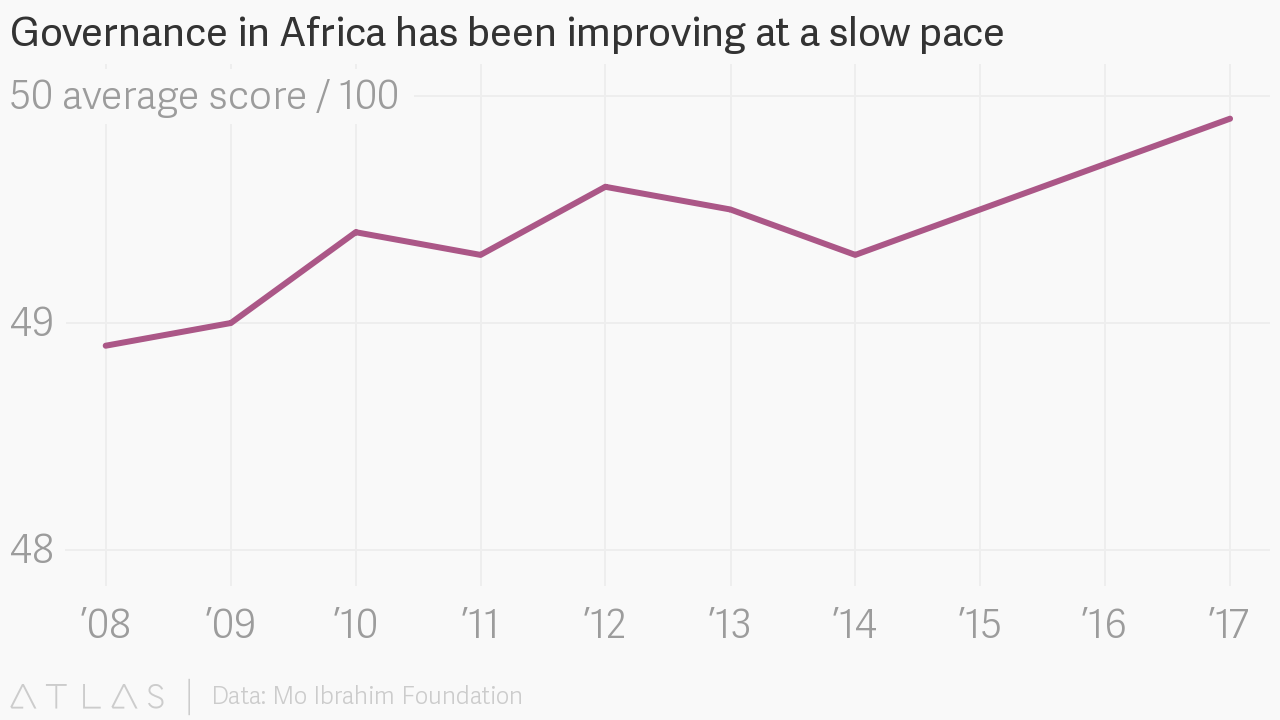 The question of how to reconcile job creation in Africa with developmental gains as demographics change has become an issue of concern for global leaders outside Africa.

In July, French president Emmanuel Macron faced a backlash after he said Africa was dealing with a “civilizational” challenge including population growth, adding that when there are “7 or 8 children per woman,” spending billions in development aid was pointless.

Bill Gates has also extensively spoken about the continent’s demographics and its link to extreme poverty, while the Danish minister for development cooperation Ulla Tørnæs proposed free birth control for Africans as a measure to slow migration to Europe.

Notably, current African leaders have been mostly reluctant to engage this discussion with much enthusiasm. One recent exception this month was Nigeria’s new finance minister Zainab Ahmed who seemed to have slipped up when she said the government was thinking of curbing “exponential” population growth by limiting the number of children women can have. She later backtracked on that comment following criticism.

For supporters, the benefits of contraception are about leading healthier lives for women, growing economic opportunities, besides smaller families. Yet in many African countries, the lack of political will, suspicion about foreign funding, and in some cases religion,have stymied the conversation around family planning.

Sudanese billionaire Mo Ibrahim now says governments, civil society, and media all need to have “a frank and open discussion” about population growth if they are to handle the issue well. That shouldn’t involve, he says, “imposing a one-child policy or by sterilization”—controversial plans that have been used previously to limit growth. If done right, that would involve empowering mothers and families to understand their right to choose when to have babies and how many, and ensuring prosperity for all.

“We need to revisit the issue of family planning. We need to explain that two or three well-educated kids are better insurance policy for the parents than seven uneducated kids,” he told Quartz from London. Governments, he added, should address “the fears and anxieties of people about their future in absence of safety nets, welfare state, and people relying on their kids to look after them at their old age.” 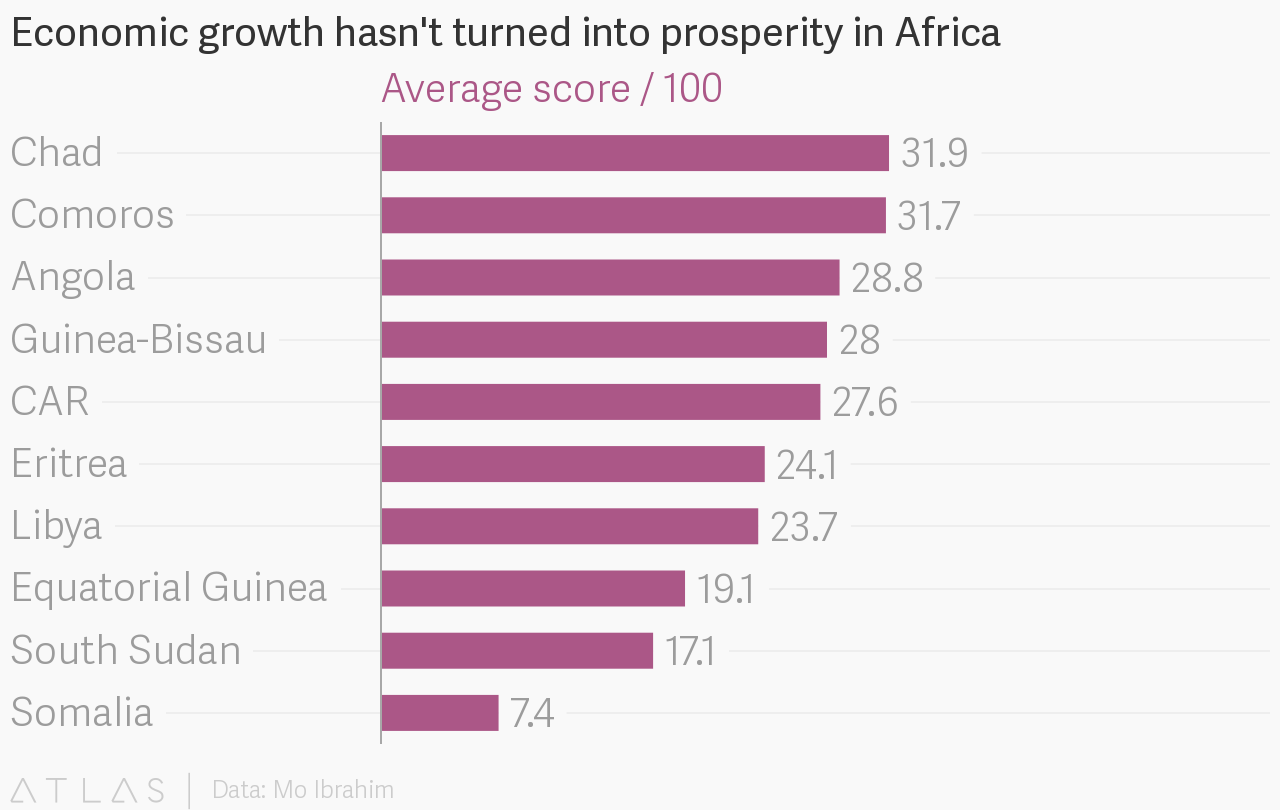 Controlling population growth shouldn’t and isn’t the only solution to create more job opportunities too, he said. African nations should sign onto the “wonderful” Continental Free Trade Area, and allow for the free movement of business persons and investments. Governments should also improve business environments so as to attract investment opportunities and create more jobs.

Technological advances are also set to disrupt the future of work, and that in turn, will create challenges for how governments can create meaningful, large-scale employment for their fast-growing populations. “We need to improve our education in terms of quality and content,” Ibrahim says, “because we need to match what we provide to our kids with what the market needs in terms of skills. We really need education for employment.” 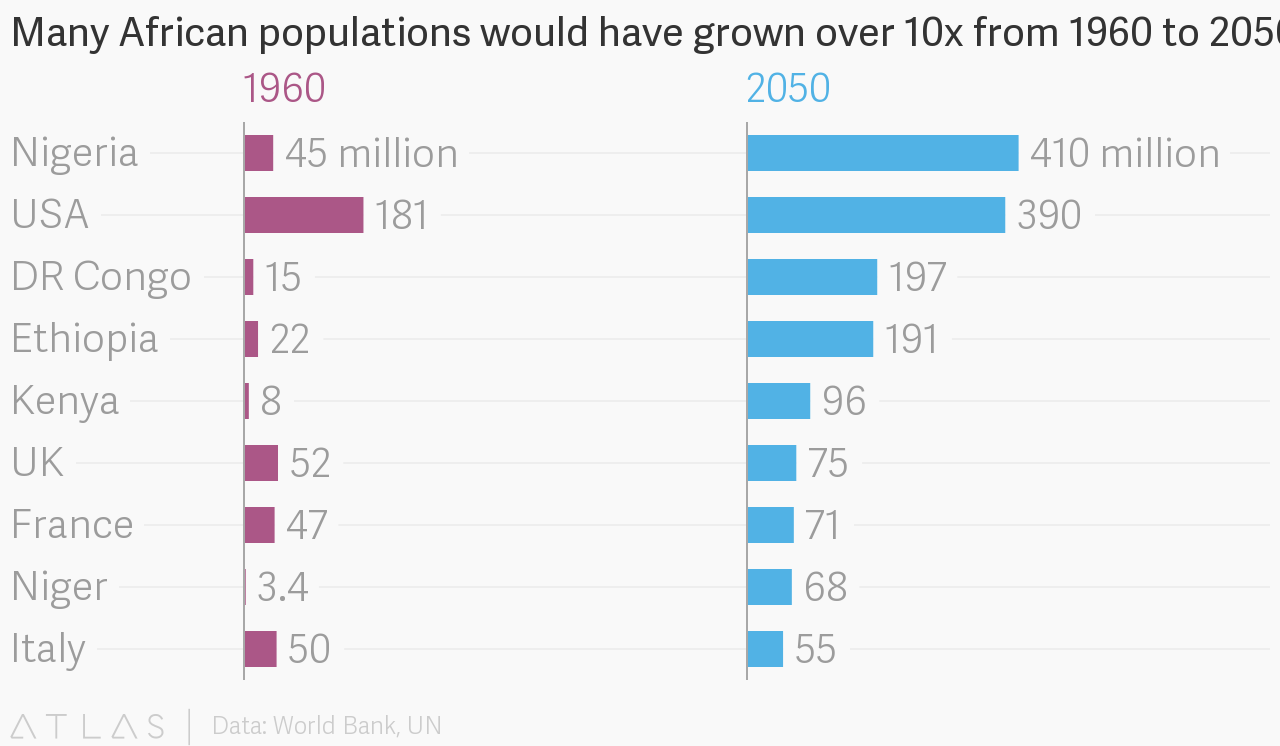